Into Twin Galaxies chronicles Sarah McNair-Landry, Erik Boomer and Ben Stookesberry - 3 National Geographic “Adventurers of the Year” as they embark on an insane kayaking mission in Greenland. With kite skis, they tow their white water kayaks over 1000 km of the Greenland Ice Cap to reach the most northern river ever paddled.

Into Twin Galaxies will be screening on Thursday night's show. It was awarded a Special Jury Mention and was one of the top films in voting for People’s Choice Award at the 2017 Banff Mountain Film & Book Festival.

Check out the preview of Into Twin Galaxies: 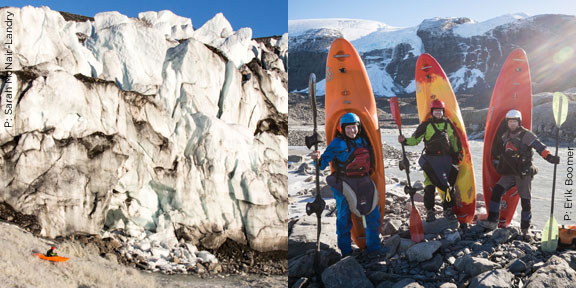