Imagination: Tom Wallisch wonders: Have you ever been that little kid sitting in the back seat of your parents’ car, wishing you were somewhere else? So you imagine a skier on the side of the road, your fingers commanding back flips and roof drops, improbable rail slides and huge airs. Well, what if your imagination came to life?

Check out the preview of 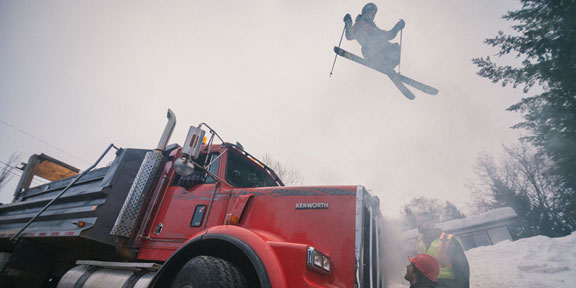